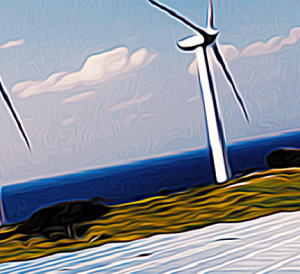 After I had explained the situation to my wife and shot a few awkward, ‘everything is fine’ smiles at my neighbours, I made my way back to the centre of our estate. It was where all the shops were, and also the centre of my re-election campaign, since all the council offices were there, too. I had to be careful not to let any of my colleagues know where I was. I had told them I was feeling too sick to work today, so I can’t imagine what they would say if they saw me visiting our local energy solution providers.

When I walked into the store, the familiar bell sound chimed out, and multiple heads swung toward me. “Back again already?” The owner asked. I nodded, trying to conceal my nerves. How could I explain this to them without sounding crazy? They probably thought I was back here as some sort of trauma response to what had happened yesterday. I got them all to sit in a circle on the floor and brought a lamp over from a desk. They waited expectantly. The owner had a puzzled look on his face. “Um,” I began, my usual politician’s charm abandoned. “I have something for you guys that is going to beat the NSW Energy Savings Scheme.”

I raised my fist and waited for the pale yellow swirl in the centre of my palm to grow bright, hot red. Then, I placed it gently against the bulb of the desk lamp. Although it wasn’t plugged into any power socket, the light turned on. It glowed, brighter and brighter, until even I had to close my eyes to prevent the light from searing my retinas. When I thought I had sufficiently made my point, I removed my hand from the lamp and told the employees that it was safe to open their eyes again. Nobody said anything. They all just stared at me with stunned expressions on their faces.