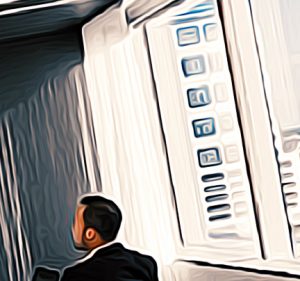 ‘Hey, what the hell are you doing on my site?’ I barked across the noisy din of construction.

A small man in a suit looked at me and then rushed over with a grin.

‘Mister Andrews?’ he asked, when he got within shouting distance, not quite as practiced at being heard over construction equipment as I was.

‘Hey, Joey,’ I tapped the arm of a passing builder, ‘go and get my new lawyer friend a hard hat, would ya?’

‘How did you know I was a lawyer,’ the man frowned, as Joey rushed off with a nod.

I raised an eyebrow and looked him up and down.

‘Fair enough,’ he grinned, slightly too widely. ‘I’m here to talk to you about this job.’

‘What about it,’ I said, picking up my clipboard and starting my rounds.

‘Well, we understand that the office design is a bit… dated.’

‘Excuse me?’ I stopped in my tracks, the lawyer almost running into my back. ‘We’re carpet installers. We’re doing exactly as we were told.’

‘No offence,’ he quickly stammered. ‘There are just some more – slightly more! – interesting commercial office designs around Melbourne that we’d like you to take a look at.’

‘Buddy, I’m not in charge of the design,’ I scribbled something down. ‘You gotta chat to the office designers.’

‘Ah, but the office designer is out of town this whole month, and you’re the next in—’

‘Listen, pal,’ I stopped again, turning around. He’d learned his lesson apparently, and didn’t bump into me this time. ‘I’m not your guy.’

‘I’m afraid this is coming directly from the client. Would you at least look at some of these commercial fitouts? Melbourne offices look so great nowadays.’

He opened his briefcase, pulling out a pile of blueprints before I could protest.

‘Not my department,’ I repeated. ‘And if you’re not going to wear hard hat, I’m afraid I need you to leave my site.’