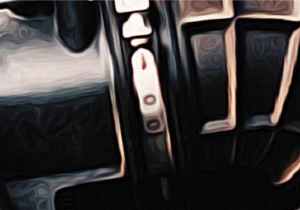 Saul stood atop the wall of New Hobart, holding his arrow firm, ready to fire upon the word of his commander. Below them stood two tiny figures, completely covered in their cloaks. The Little Men were here, and they were about to witness the full power of the Ivory Skull.

What hope did they have against hundreds? They were but two, and sure, they had taken out many of the Ivory Skull’s forces before, but those had been in small skirmishes. The Little Men fought dirty, using guerilla warfare. In a true battle like this, they didn’t stand a chance.

One of the Little Men took a step forward and looked up. “This is your last chance,” the creature shouted, surprisingly loud for its size. “Lay down your weapons and leave New Hobart for good, and you shall be spared. Fight us and you will not live to see the sunrise.”

Given that sunrise was only an hour away, the creature’s claim seemed extremely unlikely. Saul laughed, and many of the others on the wall joined him.

“Very well, then,” said the Little Man. “Your blood is on your own hands.”

“Should we fire, commander?” Saul asked. “That’s the closest thing we’ll ever get to an official declaration of war.”

The commander shook her head. “No, wait for them to make the first move. You were once the best diesel mechanic Hobart had to offer, right? You should know that patience is essential, sometimes.”

It was true; that was a lesson he’d learned throughout his years owning a Hobart workshop offering auto repairs and other services for diesel vehicles. To get the service right, sometimes you had to wait for the perfect moment to make your move.

They kept watch of the Little Men, and it wasn’t until they sprinted forward that the commander gave the order to fire. A barrage of arrows rained down on the beasts, but they were too nimble, easily dodging out of the way.

One of the Little Men went for the gate, while the other began to scale the wall like a spider. The battle was on, and Saul had a feeling it wouldn’t last long at all. All they needed was a couple of good shots.