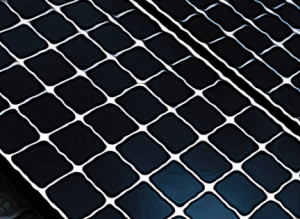 Maphira returned to a Resistance base that had been completely obliterated. Walls crumbled, broken under the stress of constant projectiles slammed into it. The Conclave had brought troops armed with energy blasters that had torn the place to shreds. Everywhere she looked, scorch marks were to be found on every inch of every surface. She found a few people here and there, lying lifeless on the cold, shattered ground.

Still, there weren’t enough bodies to suggest the Conclave had achieved its goals of destroying the Resistance. Perhaps her message had gotten through… Certainly, she noticed that there was around a 50/50 split between the two sides.

As she wandered through the destroyed base, she wondered at what the rogue Bender Bot was up to. Perhaps it was seeking a 500KW solar system to recharge its power. That whole test had been a complete mess, and Bender was probably running low on energy. Still, Maphira couldn’t help but be extremely amused about the fact that the whole thing had been Vai’s fault. It was about time the karma bus hit her as payment for her betrayal all those years ago.

There was no telling what Bender would do now that it was beyond the Conclave’s control. Would the robot take energy from commercial solar panels and use it to destroy the city? What kind of monster had the Conclave created?

Maphira had been lucky to get out of that auto shop alive. Thankfully, Bender seemed to have other priorities, aside from making Maphira’s lights go out forever. Now it was time she took her chance at freedom and used it to get the Resistance back on its feet. With the chaos caused by Bender, perhaps this was the perfect time to strike.

So long as they still had the numbers to do so, that was. She’d find out as soon as she got to the secret bathroom bunker.