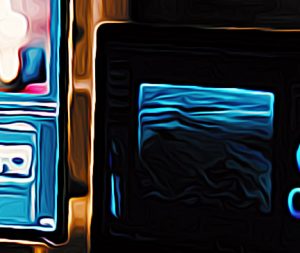 My business is currently running a new marketing campaign in the hopes of reaching a new segment of the market. It’s a bit of a gamble due to how expensive it is, but I’ve seen the projections and it looks pretty good so far. It’s the kind of thing that, if it does work out, it’ll change our company forever, and if it doesn’t we’ll miss out on a lot of profits this year. But I’m choosing not to think about that too much. I believe in my team. I wouldn’t have hired them if I didn’t think they were up to the task, and so far they’ve shown they are more than capable. I also hired a corporate video production company to oversee the most difficult parts of the project. For example, my team are more strategic types. They come up with the underlying idea, but they don’t work with videos every day. Because the finished product has the possibility of reaching millions of people, we don’t want to waste that reach we might get. That’s why it’s better to hire experts. You know, people who do this sort of thing every day and know the ins and outs of all the editing software. This particular company we’ve hired is a 2D animation and design company, so they specialise in all things graphic design and digital design, which is exactly the sort of vibe our campaign is looking for. I’m hoping that once the video itself is complete, we’ll be able to use some stills from it to design collateral. More social media posts using content from the video, business cards, posters, that kind of thing. It’ll be much easier than designing everything from scratch, and it works to keep the whole campaign together and give it a really cohesive feel. I can’t wait to see what the video team has been doing over the past few hours. Everything is coming together so quickly!