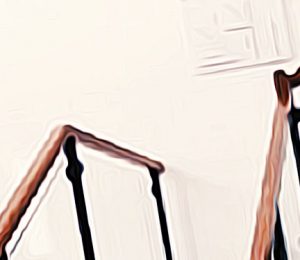 ‘Well, Timmy,’ my father sighed from the foot of the stairs. ‘I hope you’ve learned a valuable lesson.’

‘That’s it?’ my mother frowned at him. ‘I literally don’t know how we’re going to get to our bedroom tonight and that’s all you’ll say to him? That you hope he’s learned a valuable lesson?!’

‘It’ll do him no good to get angry,’ my father sighed, exasperated. He went to lean on the balustrade like he always did when he was arguing with my mother in the hallway, but had to quickly readjust to it not being there anymore.

My skateboard – flying away from me after I rode it through the upstairs hallway – had seen to that pretty spectacularly. Shattered glass covered the stairs in a glittering powder, which I suspected was the only reason my mother hadn’t raced up them to give me a hiding.

‘I hope you know that you’ll be paying for this glass replacement, young man,’ she called up to me, hands on her hips.

‘We can’t expect that,’ my father frowned.

‘Oh, we both know that it’s surprisingly affordable, Harold.’

My father beamed up at me from below the wreckage. ‘It’s alright, son. Accidents happen.’

‘Alright?!’ my mother screeched. ‘We had these glass balustrades installed by a Melbourne company! They’re the best in the world!’

‘Just glass?!’ My mother looked like she was about to crack a rib. ‘Who are you?’

‘I’m just saying, it’s more important that everybody is okay and that nobody got hurt. Besides, I’m sure this won’t happen again, will it Tim?’

I’ve never shaken my head “no” so vigorously in my life.

‘There we go,’ my father went back to beaming. My mother stormed off towards the back door.

‘Where are you going?’ he called after her.

‘I just realised I can climb the trellis!’ she snarled.

All of the blood drained out of my face.