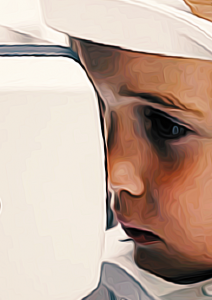 I tumbled through the clouds, heart racing, the moon shrinking further and further away, the ground getting closer and closer, until–

I stopped. In mid-air, hovering just above the clouds.

I took an experimental dive, scraping the clouds with my hand, feeling the cotton-candy texture stick to my hand. I laughed, licking the sugar off my fingers, shooting upwards at the speed of sou—

Yeah, this is definitely a dream.

I sighed, still hovering, waiting for this realisation to kick me out of my dreamscape and put me back in my bed. After a few moments… it didn’t happen.

I was still flying.

My brain raced with the possibilities – a dream I could control! A dream where I was in charge of what happened to me, what moments from my past I could relive!

I concentrated, harder than I ever have before, trying to bring up something joyous.

When I opened my eyes, I was waiting for an eye test at my local Brighton optometrist.

‘What’s the matter?’ the optometrist asked, positioning the strap for my chin. I dutifully placed my head on it, with a sigh.

‘This just isn’t where I expected to end up tonight, that’s all.’

‘Oh?’ he laughed. ‘And what were your plans today Timmy?’

Timmy? Nobody had called me Timmy since I was a—

I looked at the man across from me more closely, and my palms went cold: he was a paediatric optometrist.

And I was a little kid again.

‘Noooooo!’ I screwed up my fists and swung my feet in the air, not even bothering to fight my irresistible urge to tantrum.

‘Timmy!’ my mother chastised me from a chair against the wall. ‘Behave yourself!’

‘I wanna wake up now!’ I whined, tears forming at the corners of my eyes.

‘If you’re good, I’ll give you a lollipop,’ the optometrist soothed. ‘Does that sound like it’d be good?’ 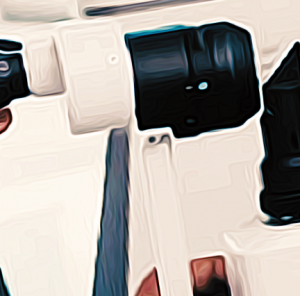 ‘I swear, I can see without them,’ Timmy groaned as his exasperated mother dragged him along the beach.

‘Well, the doctor said you can’t,’ she grumbled, stopping at the spot in the sand where they’d been camped out only a few minutes before.

At least… she thought it was where they’d been camped out?

‘Does this look right to you?’ she asked Timmy.

‘Why did I bother,’ she rolled her eyes, dropping down to her knees and examining the sand closely. ‘You didn’t lose them in the ocean, did you?’

‘No, I took them off before then.’

‘Good,’ she sighed, with the relief of a woman who’d lost glasses in the water before.

‘If you finish that sentence with “get new ones”, I’m gonna make you walk home.’

Timmy grinned, as innocently as his boyish face could muster. His mother narrowed her eyes at him, then turned back to the search.

‘How expensive can a decent children’s optometrist even be,’ Timmy muttered to himself, kicking at a dune. ‘It’s less work than a regular optometrist!’

‘Working with children isn’t less work, that’s for sure,’ his mum muttered to herself.

Her head snapped around as she saw something glint in the sand. Eyes locked, she leant forward and brushed the grit away, revealing a pair of bright-orange glasses with flowers along the stems.

‘You’ve dodged a trip to a Bayside optometry clinic thanks to me,’ his mum said with a grin, tossing him the glasses.

‘Thanks, mum,’ he said with a strained grin. ‘I appreciate it.’

‘They were buried pretty deep there, kiddo,’ she said, still on her knees in front of him. ‘Almost like it wasn’t an accident?’

He didn’t meet her eyes. She let out a deep sigh and leaned in close.

‘Is it the flowers?’ she whispered.

‘Fair enough… maybe we need to take a trip to that optometrist after all.’